Give to the Crafting Our Future Campaign and support Contemporary Craft’s new home.

The building’s purchase and renovation will be a $5.5 million investment in the future of arts and culture in Southwestern Pennsylvania. Its new home will be at 5637 Butler Street in a former manufacturing facility. Construction is slated to begin in July with a grand opening planned for March 2020.

“Our new home represents a transformational moment for Contemporary Craft” said Janet McCall, Executive Director, Contemporary Craft. “We have an opportunity now to reach an even wider audience for our diverse range of nationally-renowned exhibitions, further our commitment to local artists, and expand our extensive public and student education and outreach activities.”

By relocating, CC’s annual economic impact of $3.9 million will help revitalize Upper Lawrenceville, a historically industrial area that is already an incubator for many entrepreneurs and artisans. “Clustering” with other creative businesses and makers will amplify the creative synergy and arts collaborations within the community, increase foot traffic, and have a positive economic impact for all.

The organization will continue to operate out of its current space in the Strip District until the end of 2019.

News Regarding the New Lawrenceville Building

How and why Contemporary Craft is moving to Lawrenceville
Pittsburgh Post-Gazette | Marylynne Pitz | April 18, 2019 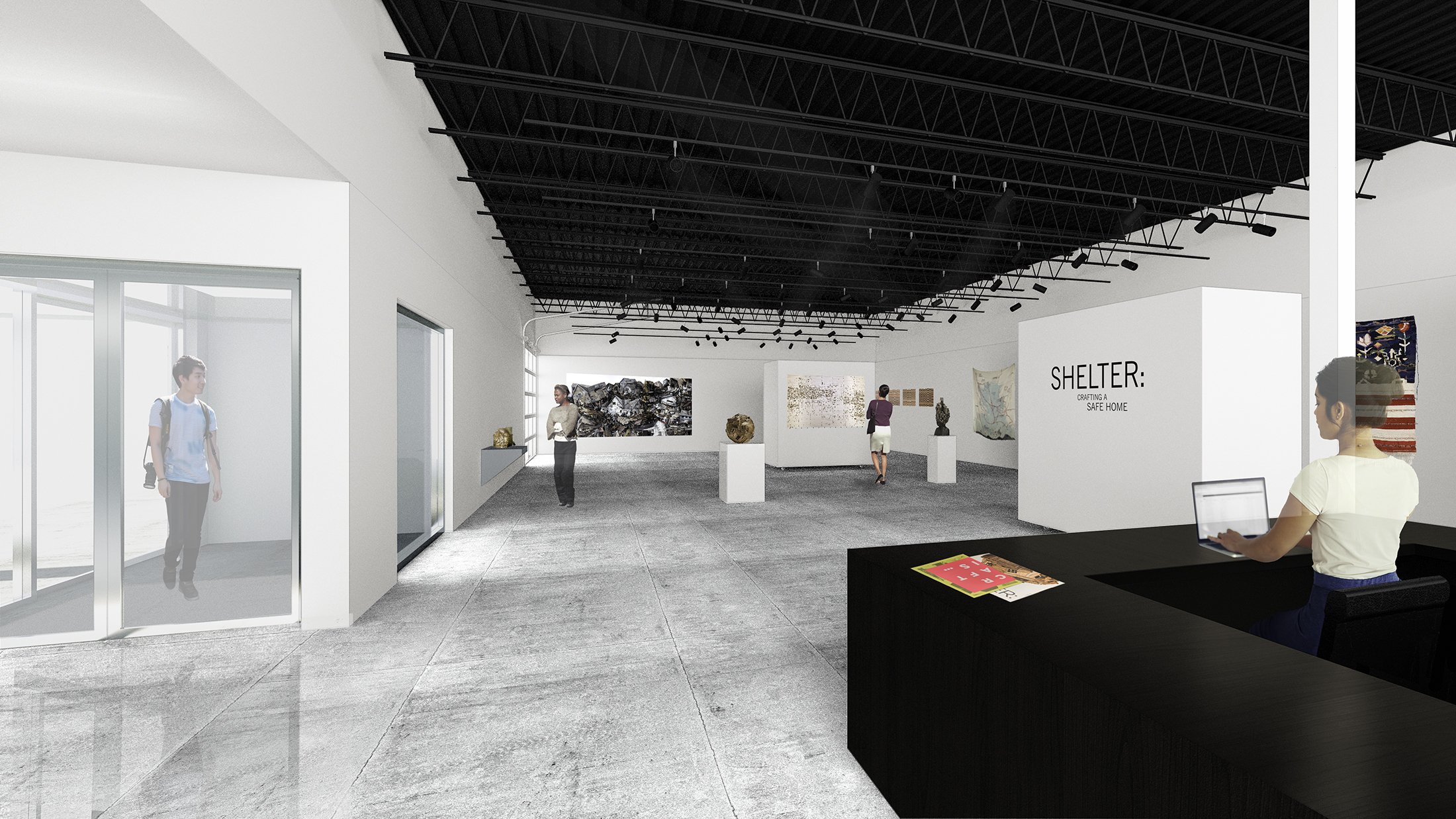 Architectural rendering of CC’s lobby and exhibition space in the new facility.
Courtesy of GBBN Architects.

Sign up for updates on CC's new home and its Crafting Our Future Capital Campaign.