Skip to main content
Did you know that September is National Sewing Month?! Apparently this special designation came into being in 1982 with a decree by President Ronald Reagan.?
September is a time to empower the home sewer in all of us, a time to appreciate the hand-stiched, and the money saved by doing it yourself. Now is a time to look at those bare windows and say ENOUGH! A time to take that bag of good will clothing and cut, baste, applique and edge yourself a new something. And don’t limit yourself to sewing, there is a whole world of needlecraft out there.?
The DIY and Alternative Craft fiber scenes have been going strong for quite a while. From craft fairs, to stitch and bitch circles, folks love to use fiber. Over the past few years it has become plain that many of these alternative makers are moving into the Studio Craft realm. Employing a variety of media and techiques suc as embroidery, cross stitching, latch hook, and other needlecraft’s, these makers are exploring contemporary art practice the is socially engaged.? Their works reflect contemporary issues of globalization and the environment and explore personal questions of identity and sexuality.?
Two makers that particularly exemplify this are Jenny Hart of Sublime Stitching and Julie Jackson of Subversive? Cross Stitch. Sublime Stitching was founded by Austin-based artist Jenny Hart in response to what she considered an overabundance of outdated embroidery patters and complex instructions. Instead of waiting for the craft industry to produce something new, Hart took the bull by the horns and created her own patterns and all-in-one non-traditional embroidery kits.? 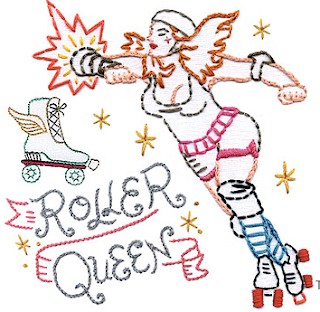 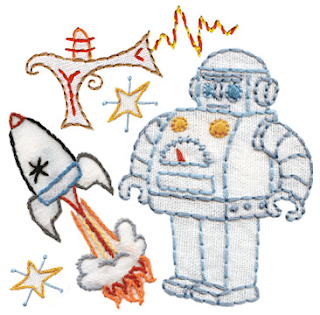 For Julie Jackson, Subversive Cross Stitch began as a form of anger management. Pairing traditional, decorative cross-stitch imagery of flowers, hearts, bunnies and birds with phrases such as “Get Lost!” and “Life Sucks, The You Die.” Jackson’s kits allow crafters to take a more sarcastic, unconventional approach to an otherwise traditional craft.? 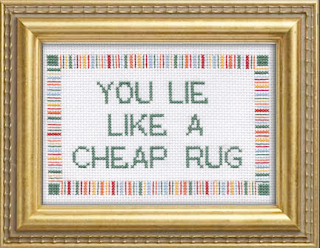 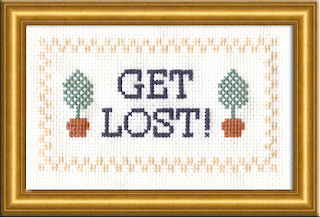