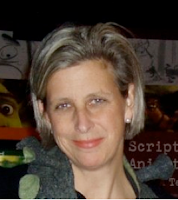 Introducing Kate Lydon, Director of Exhibitions at the Society for Contemporary Craft.?
At SCC we are all about making, and we consider ourselves an important part of the community. What community? ?Since 1971 we have shown work by national and international artists, so one might say we?re part of a national community. Early on, when SCC was located in Verona, PA and known as the Society for Art and Craft and People-Made Things?and crafts were sold for the most part at outdoor festivals?our founder Betty Raphael recognized the significance of a burgeoning craft market and she began selling work in a small storefront. Makers like Wendell Castle and Lenore Tawney were featured and their works offered for sale.? 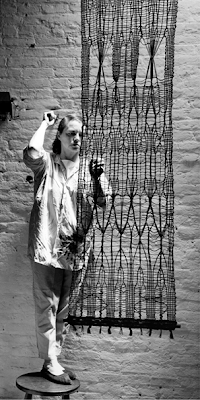 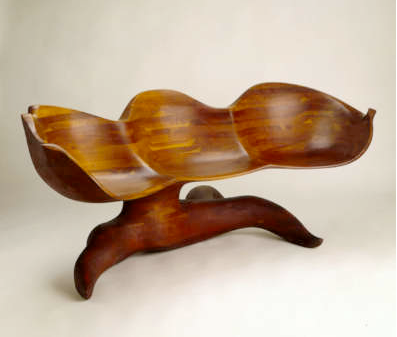 Tawney in her South Street studio, New York City, working on Vespers, 1961. Photo: Ferdinand Boesch; Wendel Castle, Settee, from the Organic Series, 1968, Laminated cherry, Photograph : Photography ?The Minneapolis Institute of Arts??
Relocating to a new location in the Strip District in 1986 allowed us to develop a strong connection to our regional community. We continued to play a strong role shaping artists careers and impacting the direction of the ever-growing craft movement but at the same time we expanded our education programs for the Pittsburgh community and surrounding neighborhoods?people were learning how to hone their craft making skills and express themselves through art. So one might say we?re part of a local community.
This year SCC is celebrating its 40th anniversary?you could say we?ve been 40 years in the making. In recognition of the growing indie movement worldwide, we will kick off the fall season with an organization-wide exhibition DIY: A Revolution in Handicrafts. The show harkens back to the 1970s and the very types of artists our founder, Betty, supported vigorously, drawing attention to a diverse range of production and materials used by artists in this sector of craft art. At the same time the exhibit is looking to the future highlighting the work of international, national and local artists and exploring the new DIY movement and issues relating to politics, environmentalism, and community.
As I give a nod to the artists from across the US, Canada and England whom we will be highlighting this fall and the DIY exhibition I also want to recognize the makers of our? own Lawrenceville community, who are currently featured as BE Galleries celebrates Lawrenceville’s thriving artistic community with the opening of Made in Lawrenceville (You’d be Surprised to Know), an exhibition featuring a wide range of art, materials, handmade goods, and other works created exclusively in Lawrenceville. The show will also exhibit fashion and textile design, soap-making, clay, printmaking, as well as more traditional painting and sculpture. DIY represents a young audience, new energy, and a potential future direction for our communities, while at the same time emphasizing the development of environmentally responsible living. Join me in recognizing the makers who are making it happen!