We are currently recommending all visitors wear a mask, in accordance with current CDC guidance.

Transformation 8: Contemporary Works in Small Metals is the 2011 edition of the Elizabeth R. Raphael Founder’s Prize series, which recognizes excellence in the field of contemporary craft. This series was inaugurated in 1997 in honor of Elizabeth Rockwell Raphael, founder of Contemporary Craft and a longtime figure on the national craft scene.

We are deeply grateful to Elizabeth Raphael’s daughters, Alexandra, Cathy and Margaret, for suggesting and funding this important prize in honor of their mother. As with the previous shows, this exhibition continues the theme of Transformation, an appropriate focus for an exhibition honoring Elizabeth Raphael, a woman who believed passionately in the transformative power of art to change lives.

This year’s show is dedicated to the memory of Margaret, Elizabeth Raphael’s youngest daughter, who passed away on December 19, 2011. Margaret had an indomitable spirit, a “can do” attitude, and a deep desire to bring about positive change in the world. Along with her sisters, Margaret had served on every Raphael Prize jury since the inception of the prize 15 years ago, and had a hand in selecting this year’s finalists. Her lively engagement as a juror added richness to our discussions, something our guest jurors particularly enjoyed and often commented on. Margaret had a creative mind, a marvelous sense of humor, and a strong aesthetic influenced by growing up with Elizabeth Raphael as her mother. We celebrate the good work, light and inspiration that Margaret brought to our organization, and the world through her life. She will truly be missed.

Transformation 8 features the work of 33 internationally recognized and emerging artists, and highlights outstanding examples of contemporary works in small metals and jewelry. Eight of the finalists are international, which provides a look at some of the work being done in metals outside the United States. In awarding prizes, the jurors looked for innovative approaches by artists who are pushing the envelope in terms of the techniques they are using, particularly those whose submissions demonstrated fresh experimentation with metal. In particular, they wanted pieces that would challenge or surprise viewers, moving them beyond their own frames of reference for small metals and jewelry. They were concerned with presenting examples of high quality execution that would help raise standards of excellence in the field. The question of how the theme of transformation was addressed in their work was an important consideration. Additionally, this year?s guest jurors encouraged the panel to ask which artist felt should be supported financially to encourage them to go forward.

The $5,000 Raphael Prize was awarded to Meghan Patrice Riley for her necklace, Interstitial, described by juror Bruce Pepich as “a kind of line drawing in space that floats on the body.” The jurors also felt so strongly about the entry by Mari Ishikawa, a Japanese-born artist currently working in Germany, that they awarded a $1,000 second prize for her Parallel World, a deeply expressive brooch in silver and Japanese kozo paper. Honorable mentions were awarded to seminal metals artist Bob Ebendorf and emerging artist Daniel DiCaprio.

We acknowledge with appreciation the support of the Raphael family, the Elizabeth R. Raphael Fund of The Pittsburgh Foundation, The Fine Foundation, the Allegheny Regional Asset District, the Pennsylvania Council on the Arts, the Society of North American Goldsmiths (SNAG), and many other foundations, corporations and individuals. We also thank the jurors – Alex Raphael, Cathy Raphael, Margaret Raphael, Kate Lydon, Bruce Pepich, and Natalya Pinchuk for their commitment to selecting a show that provides an exciting look at current trends in the field. 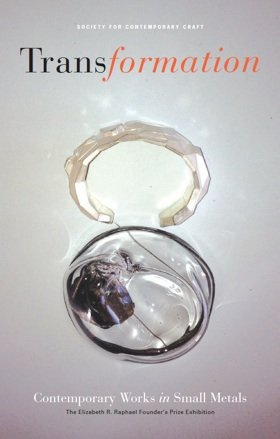 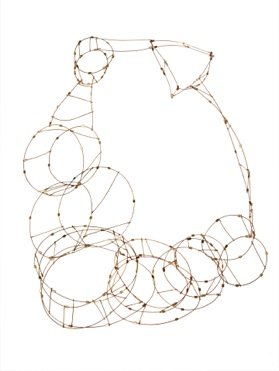 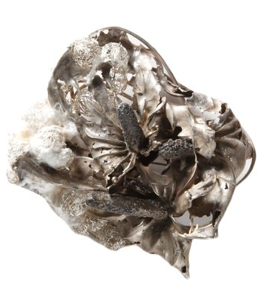