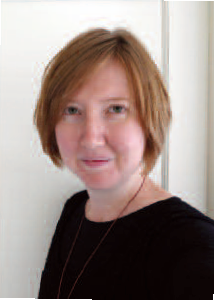 Cameron’s jewelry construction draws on symmetric, patternmaking operations: translation, rotation, and reflections of Euclidean geometry. Through a methodical drawing practice that employs AutoCAD for its precision, she investigates motif in her pursuit of meaningful patterns. With her strict application of geometry, new patterns emerge incrementally and motif itself mutates over the course of her drawing. 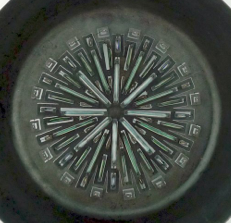 In the manufacture of her wearable works, Cameron saw-pierces recycled objects by hand, and employs laser-cutting technology while working with titanium and stainless steel; alternately handsawing to free fragile materials. Laser cutting allows her to create patterns much larger than those that can be cut by hand. In either case, a single pattern drawing acts as the cutting plan, within which one or many motifs are repeated. Each pattern is wrought so that it enables the creation of at least one pair of works?a positive and negative use of the same plane. 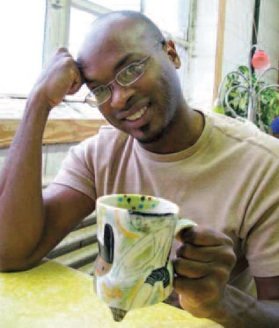 Kevin Snipes combines his background and training in ceramics with a compulsion to draw on everything he makes. Non-functional, sculptural forms support the drawn imagery, and he uses mishima or inlaid slip, with sgraffito and other slip decoration techniques, to fashion his intricate, layered surfaces. As the artist explores balance and proportion, and binaries such as light and dark or male and female, his fascination with the concept of otherness is ever present in the work. Despite the lighthearted, cartoon-like word bubbles filled with scribbles and slang, and the childlike figurative representations, Snipes’ work focuses on racial marginalization and the problems underlying the recognition of difference. These dramatic narratives are heightened by the cramped and contorted figures that cause physical and psychological tension. Snipes’ porcelain forms act as tools of confrontation, encouraging a subject-to-object relationship between a single viewer and a single object. This relationship becomes a metaphor for the concept of otherness that serves as a main theme in his artwork. The inclusion of clues, both verbal and visual, aids in unfolding Snipes’ provocative narratives, and allows the viewer to extrapolate his or her own story. 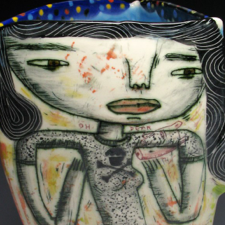 The artist was born in Philadelphia, PA and grew up in Cleveland, OH. He attended the Cleveland Institute of Art and received an M.F.A. from the University of Florida in Gainesville. While completing his master?s degree, Snipes participated in several artist residency programs, including those at The Clay Studio in Philadelphia, the Watershed Center for the Ceramic Arts in Newcastle, ME and Louisiana State University in Baton Rouge. Snipes completed the Taunt Fellowship from the Archie Bray Foundation during the year of 2008 in Helena, MT, and remained at the foundation as a resident artist until January 2011. He resides currently in Chicago, IL, and his work has been exhibited nationally and internationally. 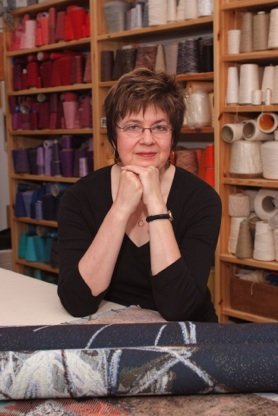 Photographs of a textile mill floor, subtle scars, stains and roughened surfaces, the only evidence of a refrigeration plant that once occupied the site are transformed into abstract images woven in fine threads on a Jacquard loom. Through these weavings, on view at Contemporary Craft as part of the Bridge Exhibition Series, New York artist Betty Vera searches beneath the superficiality, noise and visual clutter of everyday life to reveal the underlying solitude, deep silence and fleeting nature of existence. 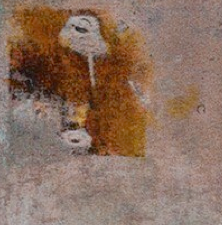 With her use of a digital Jacquard loom, pixels become threads as the artist creates woven images that blur distinctions between computer technology, weaving, painting and photography. In her tapestries, aesthetics of form, texture and space reference human relationships, the environments people inhabit or the intangible forces of nature, such as the wind that pushed some trash against a fence to accumulate in the shadows or the graffiti occupying an otherwise empty wall. Vera explores aspects of reality that are often unseen, ignored or forgotten. About the work, the artist comments, Industrial and urban surfaces record our own comings and goings often without our realizing it, but sometimes intentionally as we scrawl cryptic messages for passersby to discover. Leaving traces of ourselves everywhere, we continually impose new layers of history over the old.