Now on view: Searching for Home. 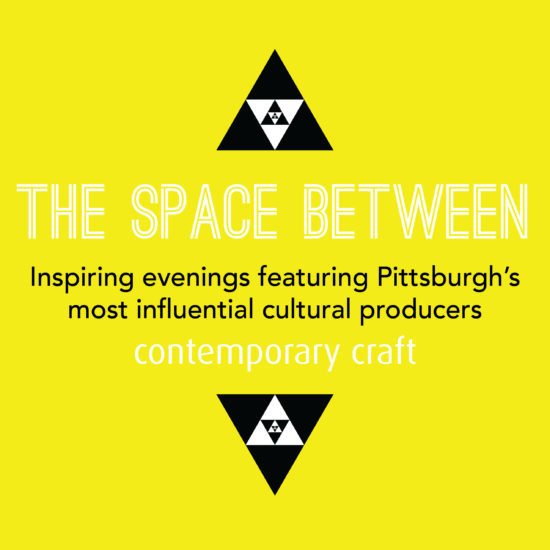 Contemporary Craft?s salon-style speaker series ? The Space Between ? invites two local thought-leaders representing different viewpoints and backgrounds to discuss the role of creativity within their respective fields. Each event is a fascinating and buzz-worthy local cultural evening of inspiring and revealing conversation.

Our featured speakers will talk briefly about their background and the way they approach the creative process. Topics may include the concepts and themes in their work, personal connections to creativity, the use of language, color, and/or movement, and individual processes and techniques in their fields. The speakers and audience will then engage in an informal discussion inspired by the presenters? creative journeys and CC’s current socially engaged exhibition, Shelter: Crafting a Safe Home.

Plan to arrive early to experience the exhibition before the program begins!?The Space Between is free and open to the public, but please RSVP below to help us prepare for the event.

Gisele Fetterman is an access and equity advocate and the First Lady of Braddock, Pennsylvania. She is the founder of Free Store 15104, which picks up surplus and donated goods and redistributed them to neighbors in need. Free Store 15104 aims to eradicate food and clothing insecurity, and currently serves close to 1,600 clients a month. Free Store 15104 inspired six spin off locations and 412 Food Rescue, a community wide effort co-founded by Fetterman to end hunger and reduce food waste by working with food retailers, wholesalers, and other food providers to rescue un-sellable, but perfectly good food to feed the food insecure. She is also the co-founder of For Good PGH, a non-profit that works to advocate inclusion and inspire kindness. Its first initiative, Hello Hijab, has received both national and international praise.

Douglas Heuck has been a Pittsburgh journalist since 1985. He spent 20 years at the Pittsburgh Press and Post-Gazette, with most of that time as an investigative reporter. He penned 13 newspaper series, ranging from living on the streets disguised as a homeless man to the last in-depth interview of polio pioneer Dr. Jonas Salk. Heuck?s newspaper series received several national awards and three Keystone Distinguished Writing Awards, given annually for the best journalism in Pennsylvania. His series on the homeless was cited in the landmark media law case ?Food Lion vs. ABC News.?

In 2005, Heuck left the newspaper and founded Pittsburgh Quarterly Magazine, judged the region?s best magazine every year since it began publishing in 2006 by the Press Club of Western Pennsylvania. Pittsburgh Quarterly also has won a prestigious Folio Eddie Award, the global magazine industry?s biggest context for editorial excellence. Heuck is also director of PittsburghToday, a benchmarking project that compares Greater Pittsburgh with 14 other regions in some 500 categories and produces in-depth journalistic reports on key regional issues.

The Space Between is sponsored by Cohen & Grigsby, P.C.