Give to the Crafting Our Future Campaign and support Contemporary Craft's new home. 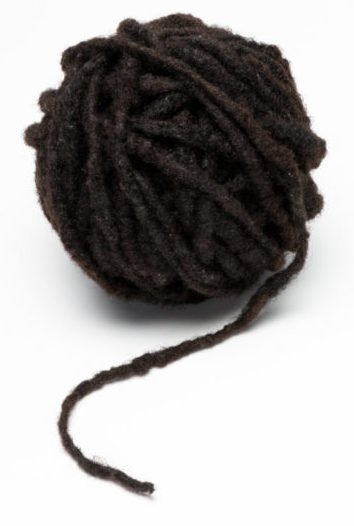 Artist Sonya Clark leads viewers on an investigation of the inherent histories embedded in familiar materials ranging from human hair, to thread, to gold. Discover how everyday objects act as both mirrors and sponges, reflecting and absorbing our personal and collective narratives.

Sonya Clark holds an MFA from Cranbrook Academy of Art and in 2011 she was awarded their first Mid-career Distinguished Alumni Award. She also holds a BFA from the Art Institute of Chicago and a BA from Amherst College and in 2015 was awarded an honorary doctorate. She is the recipient of several awards including an Art Prize Grand Jurors co-prize in 2014, a Pollock-Krasner Grant, a Smithsonian Artist Research Fellowship, a Rockefeller Foundation Bellagio Fellowship in Italy,?a Red Gate Residency in China, a Civitella Ranieri Residency in Italy, an Australian National University Residency, an 1858 Prize for Contemporary Southern Art, a 2011 United States Artist Fellowship, and an Art Matters Grant.

Clark’s work is in the collections of the Philadelphia Museum of Art, National Museum of Women in the Arts, Indianapolis Museum of Art, Virginia Museum of Fine Art, Musees d?Angers in France among several other institutions. Sonya has exhibited her work in over 300 museums and galleries in Europe, Africa, Asia, Australia, and the Americas. Her work has been favorably reviewed in several publications including the New York Times, Philadelphia Inquirer, Italian Vogue,?Los Angeles?Times,?Hyperallergic,?and?Huffington Post.

Funding for Oaths and Epithets: Works by Sonya Clark is provided by the Advancing Black Arts in Pittsburgh Program, a partnership of The Pittsburgh Foundation and The Heinz Endowments, and media sponsors?91.3 WYEP and 90.5 WESA. Additional support is provided by the Allegheny Regional Asset District, the Elizabeth R. Raphael Fund of The Pittsburgh Foundation, The Heinz Endowments, Pennsylvania Council on the Arts, Richard King Mellon Foundation, and the Windgate Foundation. (As of December?2016)