Things are in full swing right now at SCC as we prepare for the opening of our newest exhibition, DIY: A Revolution in Handicrafts. I am up to my shoulders with boxes full of art for the show.? 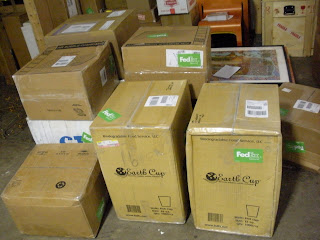 This major exhibition includes works by 15 contemporary artists from the US, Canada, and England and explores issues relating to politics, environmentalism, community and a redefining of a producer/consumer relationship. It will be presented in the main galleries, SCC?s alternative exhibition space EAT: An Art Space About Food, the Studio, and the Store so that visitors can see the art, buy the art, and make the art! 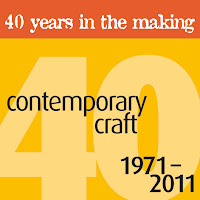 This is a super exciting show not only because it focuses on the awesome DIY movement, but also because its uniqueness. What makes it unique? Well, first because there have not been many exhibitions focused on DIY, and particularly not at nationally recognized fine art and craft venues, like SCC. And second, because it will be open for quite a long while – 7 months to be exact. There are several reasons why it extends so long, but most importantly is this. We are entering our 40th year anniversary – 40 years of being on the cutting edge of craft. SCC was founded in 1971 by Elizabeth Rockwell Raphael as The Store for Arts and Crafts and People-Made Things. Raphael recognized the need to broaden opportunities for craft artists to show their work to a wider audience and believed that young artists working with traditional craft materials were exploring and developing new directions in contemporary art.? On the eve of SCC?s 40th anniversary, the organization still holds true to her original intentions, which are exemplified through DIY: A Revolution in Handicrafts.??

Evolving out of the need for cost-saving lifestyles, DIY (or ?Do It Yourself?) emerged in the US as a concept in the 1950s, took root as a definitive subculture in urban centers during the 1970s and could be identified as an international movement by the 1990s. DIY and indie-craft has evolved and matured over the past decade with little crossover into or support from the established craft world.? While still at the margins of the mainstream contemporary craft field, DIY represents a young audience, new energy, and a potential future direction for the field. An essential element of this movement is its association with social and political commentary, while at the same time emphasizing the development of strong, local communities, and environmentally responsible living. 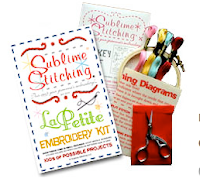 DIY: A Revolution in Handicrafts brings together an institution-wide effort to showcase the DIY movement. To complement the exhibition, the Store highlights the work of DIY artists who are changing the producer/consumer dynamic through affordable, one-of-a-kind and limited edition items that emphasize the connection between maker and buyer.? In the Studio, SCC?s 4,000 square foot educational facility, hands on workshops and programs are planned to enhance visitors? enjoyment of making and connect them with the materials and issues participating artists are exploring through their work. In conjunction with the exhibition, SCC in partnership with Pittsburgh Filmmakers and the Three Rivers Film Festival, (November 6-20, 2010), is presenting a screening of the film Handmade Nation at the Harris Theater on Saturday, November 6, 2010 at 2 pm. Handmade Nation documents the new wave of art, craft, and design through the interviews of artists, crafters, curators, and designers working within this movement. A ?Meet the Artist? reception and book signing at SCC with filmmaker Faythe Levine, a prominent figure in the DIY craft movement, immediately follows the Saturday afternoon screening.
Over the next few weeks I?ll be blogging about a number of the artists in the show! Here is a sneak preview:
One of four artists in the show working with ceramics, artist Ehren Tool, a former US Marine and Gulf War veteran, creates installations of cups decorated with a variety of pressed molds and imagery such as military metals, bombs and babies. His work deals with the uneasy relationship between military and civilian cultures, raising awareness of war to make people think about it as more than a concept. Tool has been known to refuse payment for and simply give away hundreds of his cups -seeing his work as successful when others begin to think about war and its devastating effects on individuals, communities, and countries. ???? 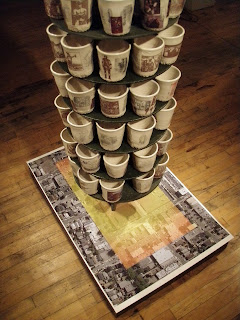 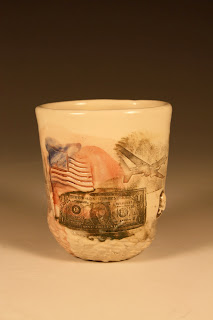